What is depression? Is it the opposite of happiness?

Depression, or Major Depressive Disorder (MDD), is one of the most widespread psychological disorders, often referred to as the “common cold” in mental health.

The rates are increasingly alarming, and the World Health Organization (WHO) even predicts that depression will be the second most disabling disease by year 2020, following heart diseases.

Malaysia’s health ministry also reported that up to 10% of Malaysians would be affected by mental illnesses by 2020. Depression (locally or worldwide) will soon be the number one threat of psychological well-being and the leading cause of disabilities in the 21st century.

We are living through a worldwide depression epidemic. 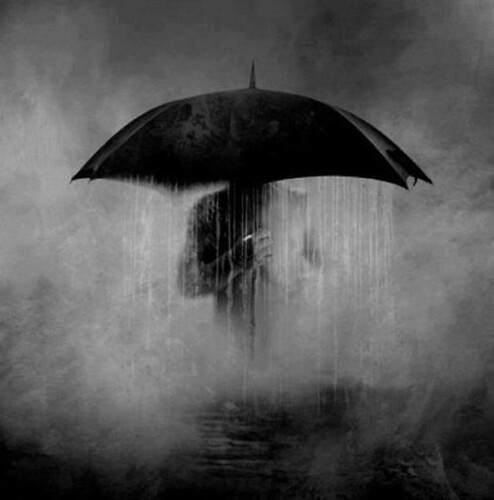 How is depression different from sadness?

The core emotion for depression is sadness. But having sadness doesn’t mean that you are having depression!

Being depressed (as a mood) and having depression (as a condition) are two VERY different things. It is on a whole other level of severity.

Everyone experiences sadness. It is a universal emotion and an integral part of life. We all feel sad when we lost a job or a loved one. But we are not labeled as depressed just because we are grieving for our losses. Even though everyone feels sad at times, not everyone becomes depressed when facing of life’s adversities.

So what distinguishes it from sadness?

According to the DSM-5, depression is characterized by prolonged periods of low mood, marked loss of pleasure, significant change of appetite or sleep, loss of energy, sense of hopelessness, suicidal thoughts etc.

These symptoms should last more than two weeks for a clinical diagnosis. It is a long-lasting sadness ranging from moderate to severe intensity, affecting daily functioning: how you feel, the way you think and how you act. 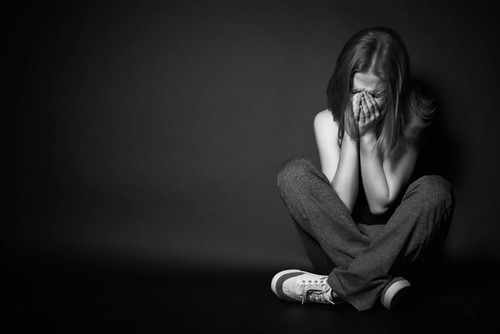 Depression is not always obvious: not everyone with it has a label on their forehead.

Many depressed people show only subtle symptoms or none at all, and they suffer silently their whole life. It is surprising that many people around you who seem to live a happy life, might suffer from it behind closed doors due to social stigma, even celebrities who seem to live a glamorous life. 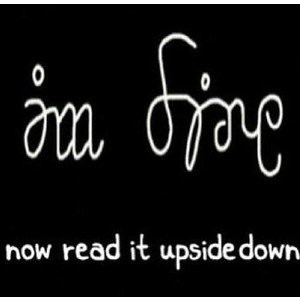 For instance, Robin Williams. Even though he (an Oscar-winning actor & comedian) has brought an enormous amount happiness and laughter to the world, he suffered (ironically) from depression and took his life at the age of 63.

Therefore, depression is not just about having a miserable life and being sad about it. Many depressed people do not appear sad but simply do not see the meaning in life anymore.

“The opposite of depression is not happiness, but vitality.” — Andrew Solomon 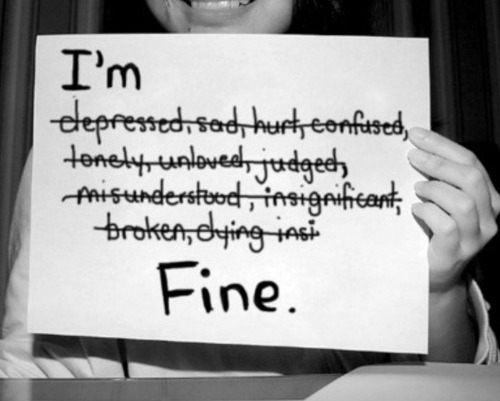 Is depression a disease?

Calling it a ‘disease’ implies that it can be diagnosed and treated using a medical model. All you need to do is to give someone a checklist, say “oh yes, you have fulfilled the symptoms of X and here is your pill”.

But it’s not that simple. It never is.

Although there are evidence that biological, genetic or neurological factors can predispose a person to mental illnesses, none are proven absolutely to be concrete causes. 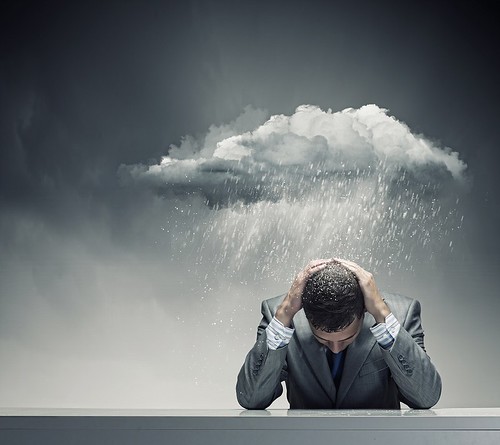 Even though medication can reduce depressive symptoms, it doesn’t resolve the underlying problem. Medicated patients are vulnerable to relapse. More than half of depressed clients are likely to develop another episode in the future.

Thus, depression is not fundamentally a medical condition but a biopsychosocial disorder, requiring far more than simply pharmacological interventions. 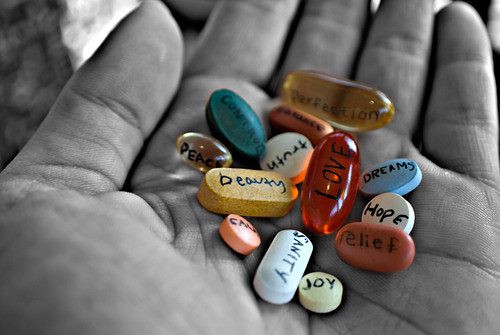 Nonetheless, we shouldn’t completely rule out medical assessments, because depression can occur alongside other medical conditions as well. Many patients with chronic illnesses, such as Alzheimer’s or terminal cancer could develop depression.

People who are severely depressed might also manifest physiological symptoms, such as nausea, vomiting, insomnia etc. Therefore, it is important to note that depression could be the primary or secondary problem to any medical conditions. 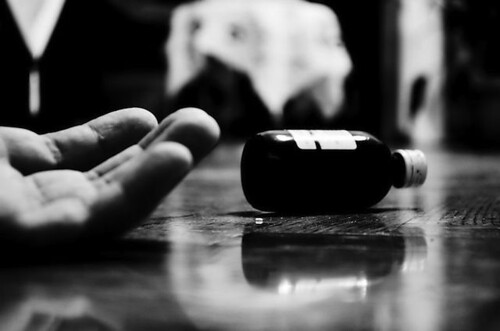 The good news is: depression is treatable! Other than medication, we can treated it with psychotherapy. For milder cases, we can treat it with Cognitive Behavioral Therapy (CBT) or Interpersonal Therapy (IPT); whereas more severe cases can be treated using both psychotherapy and medication, such as antidepressant drugs (e.g. SSRIs). Despite its side effects, drugs provide a relatively rapid relief to the suffering, which can be life-threatening. 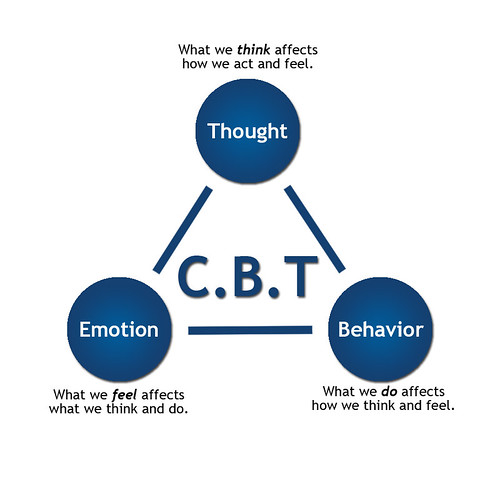 In a nutshell, depression is not just sadness, but sadness pushed to the extreme end of the spectrum. It is not a ‘disease’, but a psychological disorder. It is important that we see those affected non-judgmentally. Because underneath their illness, there are stories untold.

In addition, having mental illnesses does not constitute weakness. If it’s okay to see a doctor when you have a flu or fever, then it’s okay as well to seek professional help when you are feeling mentally unwell. We shouldn’t treat mind and body as different. They are one and the same. 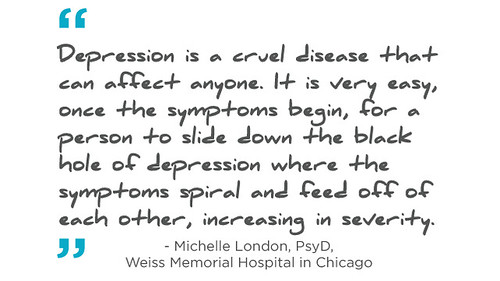 People who care about their health and well-being, both physically AND mentally, should be perceived as responsible and strong individuals. The social stigma of mental illnesses need to stop.

We need more acceptance and love in this society. We should applaud people’s courage in fighting mental illnesses and their perseverance for self-improvement.

Perhaps before we start to talk about depression to professionals, we should talk about it as a topic itself. And sometimes, the difference between life and death, is just someone who genuinely cares, and the willingness to open up to the world. That makes a difference, I hope.

Read this article to know more about the causes of depression. 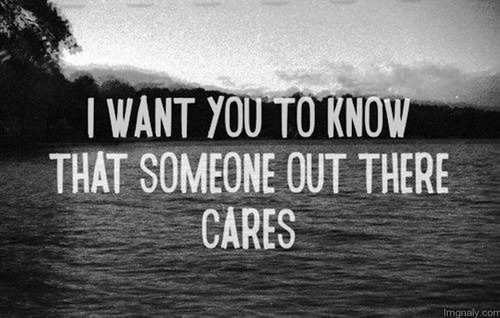 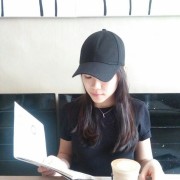