Are you a Workaholic?

Are you guilty for being a workaholic, someone who has no time for family and friends, not to mention the long-forgotten self? Is there any good being workaholics, whether you are busy with university work or job tasks? What does research say about workaholism? Let’s find out.

The term ‘workaholism’ was introduced for more than four decades (Oates, 1971). Recent researchers described workaholism as an addiction or a negative psychological state an individual possesses (Schaufeli, Taris, & Bakker, 2006). Workaholics are generally known as hard workers (Schaufeli, Taris, & Bakker, 2006) or individuals who are obsessed with work and have uncontrollable needs to incessantly working, which in turn, create interruptions to their physical health, happiness and social relationships (Oates, 1971; Schaufeli et al., 2006). Workaholics often are unwilling to leave work, constantly think about work, and work beyond what is expected from them (Scott, Moore, &Miceli, 1997). To date, there is no consensus on the definition of workaholism; the effects of workaholism are largely dependent on how researchers conceptualize workaholism (Schaufeli et al., 2006). 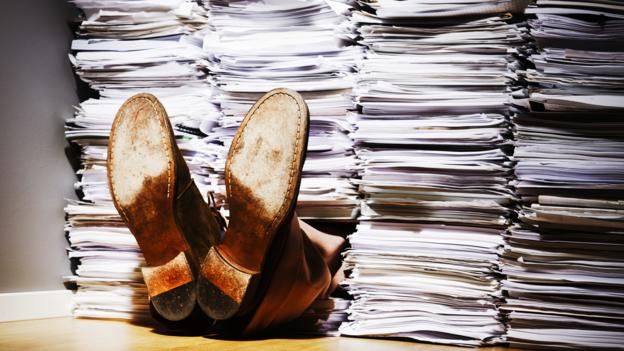 Given the negative connotation of workaholism, it is not surprising that research have shown workaholism to have negative impacts on employees. For example, workaholics are more likely to experience conflict with others at work (Mudrack, 2006) or to have more conflict between work and family (Schaufeli, Bakker, Van der Heijden, & Prins, 2009; Taris, Schaufeli, & Verhoeven, 2005). Workaholics are less satisfied with their jobs (Burke & MacDermid, 1999) and their life (Bonebright et al., 2000; Hakanen, Rodríguez-Sánchez, Perhoniemi, 2012; McMillan & O’Driscoll, 2004). Not to our surprise, workaholics tend to report more stress and anxiety (Shristava, 2012) and report having a low quality of social relationship (Bonebright, Clay, & Ankenmann, 2000). At work, workaholics are more likely to have high levels of job strain and health complaints (Burke, 2000) as well as burnout (van Beek, Taris, & Schaufeli, 2011). On the contrary, the effect of workaholism on performance has been equivocal. Some researchers found that workaholism boosts performance, such that workaholics are productive workers (Korn, Pratt, &Lambrou, 1987; Machlowitz, 1980; Peiperl& Jones, 2001) but other researchers found that workaholism impedes performance (Piotrowski & Vodanovich, 2008) or workaholism did not affect one’s performance at all (Burke, 2001; Shimazu & Schaufeli, 2009). 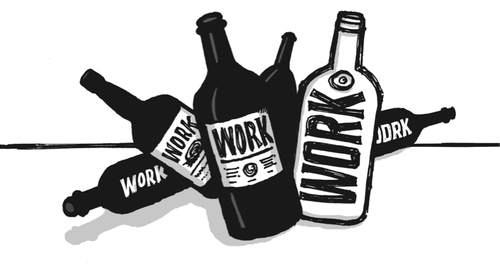 But, are all hard workers workaholics? Not necessarily. Researchers described individuals who are hard workers, but at the same time, positive and fulfilling, as engaged workers(Beek, Taris, &Schaufeli, 2011). In other words, engaged workers are happy hard workers. Engaged workers are work enthusiasts; they are proud of what they do, committed to their work, and willing to exert effort in helping organizations to achieve goals (Forck, 2014; Wiley, 2014). Engaged workforce is desirable for many organizations. Based on Gallup’s Q Meta-analysis of 1.4 million employees, it was found that work engagement promotes lower absenteeism, lower turnover, and higher productivity and profitability. Almost all research found positive and favorable results about engagement.

According to the job demands-resources (JD-R) model(Bakker, Demerouti, De Boer, &Schaufeli, 2003), job demands are work elements that require one’s sustained effort or skills (e.g., work pressure) whereas job resources are work aspects that help in attaining goals (e.g., supervisor and co-worker support), minimize cost incurred by job demands (e.g., pay or bonus), or advance individual growth and learning (e.g., career advancement). Consistent with the JD-R model, although the long working hours of workaholics may be perceived as a job demand, organizational culture and reward and recognition provided by the management may act as a form of resource (or buffer) that reduces negative consequences of the job demand. Indeed, based on the research on large organizations, among the keys driving work engagement, support and recognition from immediate superior as well as the trust and confidence in leadership are among the keys that drive work engagement.

In summary, it is not entirely bad for individuals to be a workaholic and it is also fine for organizations to promote a ‘workaholic’ culture. What is more important is the management to provide support and practice a leadership style that is the best for the organization. If you are a workaholic yourself, don’t worry. You are good as long as you find the fulfilling side of your work or you just have to make sure that you are working under the right leadership which is supportive and fulfilling your needs.

*The author is a senior lecturer and a practicing industrial/organizational psychologist in HELP University. The author is also an active researcher in the area of diversity recruitment, worker engagement, organizational attractiveness and branding, and positive psychology. Yin Lu is currently surveying various organizations in Malaysia in regards to the employees’ engagement levels, including the factors and outcomes of the engagement. If you or your organization wants to be a significant part in this nation-wide Engagement Research, please contact the author via email.The author would like to invite you to get onboard and support Malaysian research. Welcome you and thank you in advance!

The Importance of Scientific Research