Photo by Joanna Nix on Unsplash

Weeks past the Quarantine Period (due to COVID-19), I find myself limited. The four corners of my room became my daily view. The window where I get to see how it’s like in the outside world is now where internet is always a necessity.

For the longest time, I have never been restricted. A restriction where I know, all for our good. I felt like a dude behind bars minus the crime commited.

In my pursuit to be productive, a good book is a lustrous escape. Where my mind brings me outside the gates to various places with the power of my fingers as I turn the pages.

Wanting to read something that relates to my prison feeling, Dr. Victor Frankl saves the day.

“Man’s Search for Meaning” – a book where Frankl (1946) described his prison camp experiences and emphasized a need to catapult one’s self where suffering paints color to a blank slate.

Dr. Frankl explains the experience which led to his discovery of logotherapy. As a longtime prisoner in bestial concentration camps he found himself stripped to naked existence (Allport, 1959). Frankl described the “Psychology of Concentration Camp” during the Nazi regime. He elaborated the experiences of how it is like to struggle physically, psychologically, and spiritually in a seemingly unending suffering under the hands of those that treated them to non-being.

Frankl (1946), described the lived experiences of prisoners into three stages (but only one will be presented in this blog for the mean time):

“Under certain conditions shock may even precede the prisoner’s formal admission to the camp” (Frankl, 1946)

The sudden lost of freedom and a transition to a hostile environment where it is a norm, stirred the feeling of shock to most of the prisoners even Frankl himself.

“My imagination led me to see gallows with people dangling on them. I was horrified, but this was just as well, because step by step we had to become accustomed to a terrible and immense horror” (Frankl, 1946)

Imagine how it is like to live with no certainty of living another day. How everyday is another day to fear for its life where the only certain thing is suffering – A hit on the head, a whip in your body, degrading insults, exhaustion from work where food served will never even compensate an hour of burned calories, the basics of the basic of your need is not even met to its recommended supply – any takers on this kind of life? Any one? Well, no one should deserve such kind of living where your survival is even brought to its lowest tendency.

Under the first stage, Frankl (1946) described a type of delusion as something that “a condemned man, immediately before his execution, gets the illusion that he might be reprieved at the very last minute” (Frankl, 1946) which is called as “Delusion of Reprieve”.

A person who is on a track in a 6-feet-under-the-ground journey will often have this illusion – A terminally ill person, a hostage victim whose life is but one click of a trigger away from annihilation, a prisoner who is a day away from his execution, or a person whose breath is on a count down as one suffers from a dire disaster. All holds on to hope from an illusion that one will be saved before their last breath exits their evidently suffering being.

The normality of violence made the prisoners to adapt through escape from the seemingly permanence of agony through what Frankl calls a “Grim Sense of Humor”.

“We knew that we had nothing to lose except our so ridiculously naked lives. When the showers started to run, we all tried very hard to make fun, both about ourselves and about each other. After all, real water did flow from the sprays!” (Frankl, 1946)

The word “bath” at that moment could equate a death sentence because for most of the prisoners at that moment a bath would often mean to be burned alive in a crematorium. Now, that’s some kind of a unique bath, isn’t it!?

George Vaillant described the use of humor as a “mature” defense mechanism – a primarily adaptive technique to help us to cope with tense or stressful situations. Looking for a funny aspect in an environment in which we lack control can help us to endure it, and can even be an altruistic act in helping others to better cope as well.

As for these prisoners, they would turn to creating humor out of their presently agonizing situation where it seems that a doze of laughter wouldn’t even be appropriate to be derived from. But, it helps to alleviate the pain of the moment rather than pressing on a wound that is already apparently severe.

In moments where one is pressed down on a continous agony, humor will help as a daily dose of happy pill. It lightens the burden even for a while. It is just that “for a while” that seems to be a need to enable us to keep going for a time.

Other than adopting a grim sense of humor, Frankl (1946) encountered a familiar feeling of “Curiosity.”

“I have experienced this kind of curiosity before, as a fundamental reaction toward certain strange circumstances.” (Frankl, 1946)

Frankl (1946) described this curiosity as whether he will come out of it (an accident/unfortunate event) alive or be able to live but with injuries.

Have you ever been curious about something? How does that curiosity affect you? Why is there a need to be curious if anything at all?

As people encounter uncertainties, we create fictions toward the outcome of our dire situation. It could be positive to negative, more negative to less negative, less positive to more positive – let our curiosity take the options that will work for us.

This curiosity becomes a mental awareness reserve tool that could prepare us in the outcome there is to expect in order to adjust and lessen the burden if the worst comes to materialize.

After the realization of the seemingly inescapable situation of suffering as prisoners, Frankl (1946) described a thought that became prevalent as a means of self-liberation – “The Thought of Suicide.”

“The thought of suicide was entertained by nearly everyone, if only for a brief time. It was born of the hopelessness of the situation, the constant danger of death looming over us daily and hourly, and the closeness of the deaths suffered by many of the others.”(Frankl, 1946)

We all have the desire to be free. We are just not designed to be at all times bounded. We need to have even just short bouts of freedom – a break, an alone time, a need to do the things that you want, a quiet time, a nap, a vacation, etc.

What does freedom have to do anything with suicide other than having the free will to exercise this act?

Suicide is an act of achieving freedom. It may be an unlikeable way of freeing yourself but it is a way for some to end their pain and suffering. In that way, one is freed from life. It is true for most of those who were imprisoned from suffering such as most of the prisoners in the concentration camp. It would be logical to say that being incapable of physical freedom would resort to a pursuit of a mental freedom such through optimism, day-dreaming, illusions, delusions, hallucinations, dissociation and other mechanisms of our mind to defend us from pain even if its worth is to sacrifice our mental health.

From out of the mind, behavior follows. For people in inescapable pain, suicide is the way out to freedom.

Indeed, it is a sad way to be liberated. No one should experience suffering and be freed by taking away one’s life.

Frankl’s description of his experiences may be far beyond our experiences being home quarantined but there is a surface lesson to be taken away from the first few pointers of his realizations – all of which can be summed up in one word and that is “gratefulness” .

Grateful that most of us are living incomparable to prison but within the comforts of our home. We are well informed about the lockdown and not shocked. We need not to hold on to an uncertain hope that could escalate into a delusion but we could all look forward to something worth the wait. We all have the chances that we need to be creative, to create humor without the need to derive it from detestful misery but from maximizing the situation that we are, fortunately, still in control.Lastly, we are not left to a sole option of taking away one’s life to be free but, with creative power, we are able to use freedom to even further make life worth living.

You can make an appointment for a psychotherapy session here: 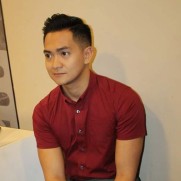 Rainier Ladic
A guy from the Philippines whose origin of interest and passion in Psychology and pursuing a career out of it came from resolving existential basic issues. Currently on my last year under the Master's program specializing in Clinical Psychology, working as a Behavioral Therapist in a center specifically doing Applied Behavioral Analysis (ABA) therapy to children with Neurodevelopmental Disorder. Free time is spent mostly with myself as I introspect about many things, talking with friends, exercising at the gym, writing blogs to release what's on my mind, listening to inspiring and empowering songs, and watching documentaries of various sort.