Psychology is an area that concerns itself with human behavior. Any questions, theories, or claims about how humans behave and think is technically ‘psychology’. The internet is flooded with these concerns, such as “ways to be happier”, “what kind of friend are you”, “ways to be more productive”, “how to be a better leader”, or “how to be a better lover”. More importantly, there are a variety of topics on the book market and Internet that concerns itself with psychology, under labels such as “NLP” “Self-help” “New-Age Spirituality” and “dream interpretation”. Some of the above topics should have triggered skeptical red lights in many people. Something is not quite right here, many of these topics seem to be bunk, but they can all appear on the ‘psychology’ section of the book store or in famous psychology blogs. 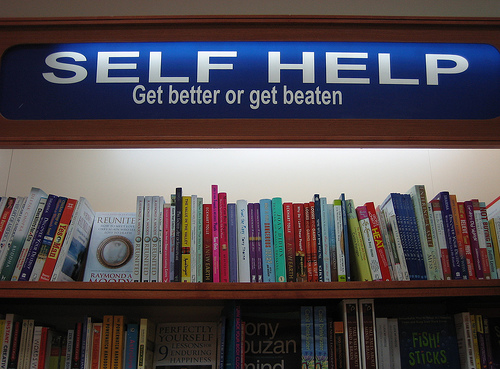 This is a pressing concern for psychology, because it is not easy to distinguish the real stuff from pseudopsychology or pop psychology. There is no quick fixes for this as human beings may very well be ‘psychologists’ in the most liberal sense. Indeed, quite a number of us can develop rather useful intuitions, rule of thumbs, and heuristics about human behavior that prove to be quite accurate. Also, another issue is even within the scientific community of psychology, not everyone is genuinely certain if whatever they preach or practice is actually scientifically valid.

When experts may be wrong and laymen can be right, how do we distinguish legitimate psychological claims from the unregulated and unvalidated ‘woo’ claims?

They all concern themselves with human behavior.

Most of these topics, valid or not, have arguments for and against. There is always support and criticisms at anecdotal and methodological levels.

It is difficult to determine genuine experts from woo advocates. Some doctorate holders are quite capable of making woo up (one of the most influential pseudoscience advocates, Deepak Chopra, is a certified medical doctor), some non-scientists are capable of communicating and interpreting science accurately.

Still, there are some basic considerations to determine if something is scientifically valid psychology. 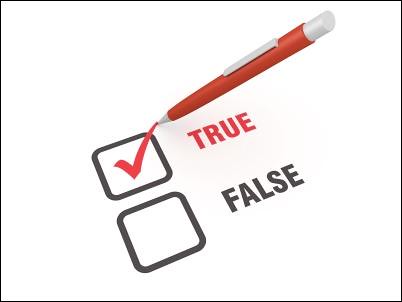 #1 Determine if the claimer is trying to sell and who benefits from the claim.

This is not the best standard of truth as all of us sell something to an extent. BUT, one can always ask if the person benefits from you believing his claims. Is he/she trying to sell a product or service based on this claim or theory? If yes, be more skeptical than normal. Does believing the idea or claims benefits the claimer more than others? If yes, there is a good to fair chance that the person is selling woo.

#2 Is the claimer trying to sound right or actually be right?

Are they desperate to sound right or actually be right? Not easy to determine, but its can be seen on the way one defends one’s claim. Pseudopsychology advocates often try their best to sell their ideas as science without going through formal scientific methods. Legitimate experts defends their claims discussing methodology, statistics, and past studies, and will (or at least, should) openly admit they are wrong when corrected. Pseudo-experts don’t react to criticisms well, typically resorting to turning a blind eye, logical fallacies, personal attacks, or forming even more complex dubious explanations not offered previously. 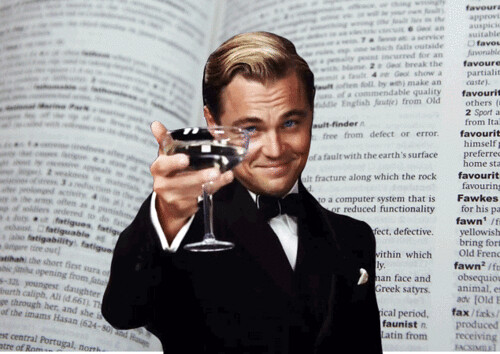 Another general good rule of thumb is to check for credentials. Does he/she have a graduate degree in psychology or neuroscience? Or other related subfields?  What is his/her alma mater? Do not base your judgment entirely on this! But use this to supplement your judgement. If the claimer is from a school of higher esteem, his/her work will certainly be more rigidly reviewed and criticized from many perspectives, which will make the claim less likely to be wrong, or less correct. Also if this is not obvious already, look for related published works. If only a few papers or proceedings in very low ranked journal/conferences exist, then it is worth flagging it as pseudopsychology until proven otherwise. 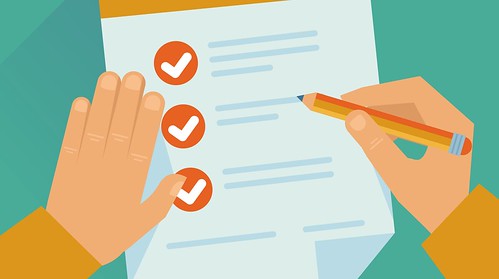 #4 Can it be explained in a simpler manner?

This sounds counterintuitive, isn’t science in general supposed to be complex?

Science studies complex phenomena, but science also has to break them into simpler elements to be studied accurately. Good science offers simple explanations for a variety of phenomenon.

One grounding principle of science is termed the principle of parsimony: subjects of science are usually connected in logically simple or economical ways. If a complex psychological idea concerning itself with, for instance, clairvoyance, can be explained in simpler manners, such as basic classical or instrumental conditioning, then it is most likely pseudopsychology. This is especially the case for explanations that throws jargons and psychobabble excessively.

#5 Is the claim falsifiable?

One of the most important criteria for science is falsifiability, meaning that there must exist the inherent possibility that a claim to be wrong in order to be considered scientific. What is going to separate psychological claims from other less scientific areas such as philosophy and literature is that the theories and claims must be able to be ‘wrong’. If the phrasing and rhetoric of a certain claim is loose, vague, or overly inclusive, resulting in the claim impossible to be proven wrong, the claim is then unscientific. RationalWiki has an interesting entry dedicated to this. Psychology, along with other social sciences and philosophy-inclined neuroscience are especially prone to including unfalsifiable claims. While it is tedious to check this all the time, considering pseudoscience advocates often mix in bits of scientific facts in between their claims, it is quite doable to apply this standard against their central thesis statement. 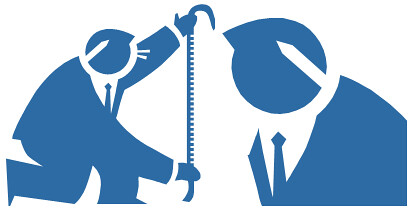 Demand evidence. It could be links between data in a survey, it could be controlled experimental evidence, or it could be just anecdotes from texts or interviews. Most of the time evidence comes in the forms of scientific papers and carefully controlled experiments and demonstrations. Controlled experimental trials are the best to determine cause and effect, but sometimes correlational evidence can still prove to be useful. Even anecdotal evidence may point out that ‘there could be something out there’, although it can be easily interpreted in a skewed manner or made up. In short, look for published studies as evidence. If anecdotal evidence contradicts quantitative evidence, ask why is this case. Good psychological theories survive scientific scrutiny and can present itself in everyday life. 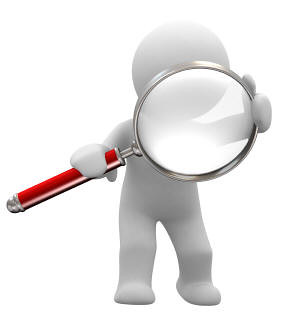 #7 Extra: Anecdotes are not always wrong.

This is not directly relevant to the issue at hand but it seems that modern education in critical thinking has led anecdotes to be demonized. As long as anecdotes are genuine, honest, and collected in a fair manner, they are quite likely to suggest that something is true. Two important elements of science: hypotheses and explanations/discussions are anecdotal and qualitative in nature. It is how the anecdotes are collected and presented that matter. While I cannot offer guidelines for evaluating anecdotes, it is simply not a good idea to assume a claim is less valid just because it is grounded in a lot of anecdotes. Anecdotes are evidence that links between certain variables might exist, and can supplement and explain quantitative evidence. They are just less absolute and more likely to be wrong than quantitative data, along with being more likely to be misinterpreted.

In short, don’t dismiss a claim entirely just because it is anecdotal. 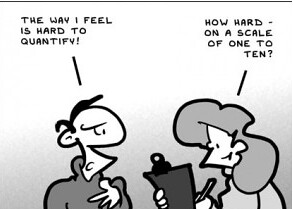 #8 Most importantly: don’t look to be absolutely correct.

Sometimes the broken clock that is pop psychology gets their stuff right once or twice in a while, sometimes a cohort of psychologists and neuroscientists can commit to invalid theories due to factors like groupthink and conformity.

The idea here is to be less wrong. 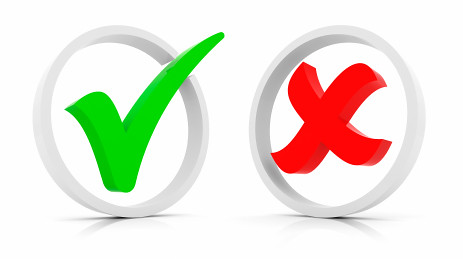 Generations of experts, thinkers, and researchers have developed a whole body of knowledge on human thought and knowledge, and put it out there for us to test them as humans and researchers. More and more new theories emerge just to replace old outdated ones, and in the future more and more theories will just as well replace what we have known thus far. We can never be absolutely sure that what we are studying and learning is the truth or otherwise. But we can acknowledge that we can try to be less wrong than before. In order to do that, evaluate the evidence this world of information is going to present you before you accept them. If you are looking to be a researcher yourself, all the power to you to test these claims.

TL;DR: Navigating psychological information is going to be tougher than ever. Just strive to be less wrong than before following some simple principles by recognizing claims that try to masquerade as scientific psychology. 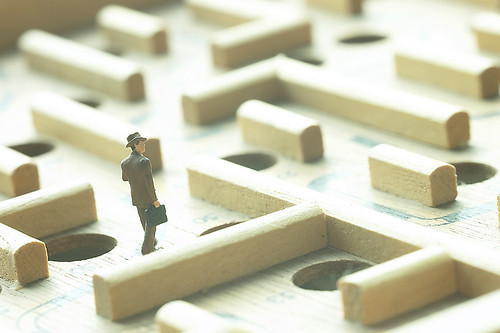 Extra Notes: Here is a good entry on the current consensus about what areas are considered pseudopsychology.