The mental health clinic is a place where people can go to and seek for the support and services from a variety of professionals, be it a psychiatrist, a psychologist, an occupational therapist, a nutritionist and many more. I had worked in this setting for a period of 7 months and it’s definitely an awesome journey to be a part of the team and I hope that writing this article can open a window for you to get a glimpse of what it means to work in the field, as well as sharing some of the more interesting experiences that I have had in the past few months.

A Place With A Thousand Stories

I worked as a para-counselor where I was given an opportunity to record the patients’ history as well as performing symptoms-checking. Through interviewing new patients, I get the chance to listen to stories of people from different backgrounds. Soon, I realized that negative experiences and traumatic events (which I was initially shocked by after their sharing) are nothing special to them and I was really inspired by their attitude and their determination to endure the toughness of their situation regardless of the pain and suffering this entails. These made me more grateful and content in my own life. Working in this field, you will realize that family abuse, divorce, school bullying, cheating and other negative life events are happening every second around us without us noticing.

Working in the mental health field, it’s not only about providing treatment for patients, but also a race against time. It’s common knowledge that one of the gauges that we use to estimate the severity of one’s depression is suicidal attempts / ideation. Usually, we handle depressed patients with suicidal attempts / ideation carefully and often times, they have to undergo electroconvulsive treatment (ECT) when patients are no longer responsive to medications or other form of therapy. I was once scolded by a psychiatrist as he misunderstood that we had delayed a suicidal patient’s appointment, and he said to me, “We are always racing with time, we need to save them as early as possible before their next suicidal attempt.”

I came across Electroconvulsive Therapy at the Psychiatric Department and Mental Health Clinic. ECT is a form of therapy which is believed to be one of the fastest and effective treatments for severe depression. It works in causing a brief seizure in the brain.

Before the ECT, a patient will be injected with a muscle relaxant and then put to sleep for a very short period of time with a general anesthesia. Then, electrodes will be placed on his scalp and a suitable amount of electric current is applied by a professional that later triggers a brief seizure in the brain.

We may come across Electroconvulsive Therapy (ECT) in movies, a scene whereby a patient received an electric shock painfully and is dehumanized during the treatment. ECT is misunderstood by the public due to misconceptions and erroneous media portrayal. I hope this article can help in enhancing better understanding towards ECT and more patients in need can accept ECT treatment.

Confusion between symptoms and side effect of medications

Some patients will accuse the prescribed medications of making them drowsy and experience fatigue most of the time. But in reality, it’s usually due to the pre-existing symptoms of their illnesses. For example, initially, depressed patients may come with complaints of headache or tiredness and these symptoms continue to appear during the first few days of taking our medications. Then, they called up and said that they experienced discomfort due to the medications, when in fact the discomforts that they mentioned had already appeared by the time they came to see the psychiatrist. Furthermore, there is a common misunderstanding that psychiatric medications take effect within a few hours. Instead, it requires weeks or months for the medications to take effect for patients.

Some patients will try to diagnose themselves based on the guidelines or checklist which can be googled online. It’s important to note that self-diagnosis may overlook some important symptoms and patients might undermine the role of psychiatrists and psychologists since they themselves can perform “self-diagnosis”. Always keep in mind that even a Diagnostic and Statistical Manual of Mental Disorders (DSM) couldn’t list out every symptom of mental illnesses. Every case of mental disorder is individualized and each patient may exhibit various combinations of symptoms, hence experiences of mental health professionals is critically important in designing the individualized treatment for mental patients. I also noticed that a lot of patients were impatient to withdraw themselves from taking medications and reduce the dosage on their own. This is actually a big NO because psychiatrists will usually provide guidance on the ways of how to reduce the dosage of medications depending on patients’ improvement.

It’s never an easy task to work in the field of mental health, dealing and communicating with clients is definitely a tough job. Compared to dealing with normal illnesses like fevers and colds, mental health treatment definitely consumes more time, patience, empathy and commitment to ensure recovery from patients. It requires as much passion, love, and care, as it requires skill and knowledge. 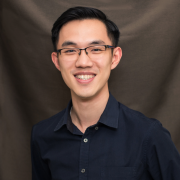 Barriers to Seeking Counseling in Malaysia

Be the Change: An Experience In Educating